As part of my job, I have to give two lectures to postgraduate students, as part of a "training programme" for them. As we have no Mathematics PhD students, I will be speaking to (Astro-)Physicists and Astronomers. This leave me with three choices, as I see it:

So, my talks will be "A Mathematician looks at statistics". These are some brief working notes: for the first talk at least I plan to give a "chalk-and-talk" with maybe some brief Python demonstrations.

The final part of building a voice-activated Christmas tree light is the actual lights. Following the instructions in PiMag 88 I bought 2 meters of NeoPixels from Pimoroni and, erm, little else!

This is a follow-on post about speech recognition on a Raspberry Pi. Of course, Christmas and come and gone; perhaps I will finish this project for Christmas 2020! The original project was to make some voice activated Christmas tree lights. The original project had a push-button activation, but to compete with my son's new Alexa, I wanted to use a hotword wake-up instead.

The first attempt was to use Snowboy which is an open source, but slightly morribund project. The previous blog post details (with links) how to build a Python 3 compatible library.

My son and I are attempting to follow the instructions in Pi Mag 88 to build a voice activated LED-powered Christmas tree decoration. This is part of what I suspect shall be many posts documenting my attempts to actually use the couple of Raspberry Pis which we own.

Up first is recording audio on the Pi. I purchased this cheap USB microphone. It works, but it's rather poor quality. With a bit more research, I might have bought a Playstation Eye which is nearly as cheap, and apparently pretty much works out the box with the Pi. We played with the Microphone on our Pi 3 connected up to monitor, keyboard etc. but eventually we want to use my Pi 0 in headless mode.

Having had to do some emergency plumbing on my ETA Pellet boiler before breakfast, I got to thinking about energy costs for heating. We are off the mains gas grid, and previously the house was heating by an oil boiler, but the previous owner installed the pellet boiler. Government subsidies can affect costs, but for reasons I don't fully understand, we are not on the RHI. So I pay full fuel costs, and maintenance, but obviously didn't pay installation costs.

Some time ago I stumbled across Manifold an old magazine published in the 1960s out of Warwick university. It's a whimsical Mathematical magazine, now reproduced on Ian Stewart's Website. A python script later and I downloaded the image files (now repeating the exercise after I realised higher-quality scans are available from a slightly different URL base).

This left me with a large number of jpeg files, which is both annoying, and a pain to try to read. Fast-forward in time to the start of 2018. I was interested in PDF files, and got sufficiently interested to research the file format, and write a fairly serious Python module to convert PDF files into Python objects which could be browsed. I also wrote some code to produce PDF files assembled out of images: using both PNG compression, and JBIG2. For the latter I used an external converter, but for the PNG files I went so far as to implement my own (slow, but not impossibly so) implementation in Python.

A preprint arXiv:1907.03661 which has been on the arXiv for a while, but which is now submitted. The paper is partly an exposition of some techniques for dealing with Analytic Generators of one-parameter isometry groups: as people explore Type III arguments in von Neumann algebras, I want to revisit these old(ish) ideas and show that developing theory can be rather useful.

My main motivation was the study of locally compact quantum groups and in particular the fact that the antipode can be understood through studying the scaling group. One of the facets of topological quantum group theory is the interaction between the \( C^* \)-algebraic and von Neumann algebraic theories; in particular we have an inclusion \( \newcommand{\G}{\mathbb G}C_0(\G) \rightarrow L^\infty(\G) \) which intertwines the relevant scaling groups. I show that in this general setup, there is a Kaplansky Density type result for the analytic generators involved. The techniques of the proof also allow me to prove an "automatic normality" result, giving a description of \( L^1_\sharp(\G) \) the natural dense \( \ast \)-subalgebra of \( L^1(\G) \).

Some while ago, I started an experiment of putting some Mathematical notes up on GitHub. I'm publishing the LaTeX sources, and using LaTex.Online to compile the LaTeX source to PDF for online viewing. This was motivated by:

For now, there is just one file, some notes about the Fell Topology (on the space of representations of a \( C^* \)-algebra or locally compact group).

[I found LaTeX.online to be a very nice service; but it doesn't seem to like spaces in URLs.] 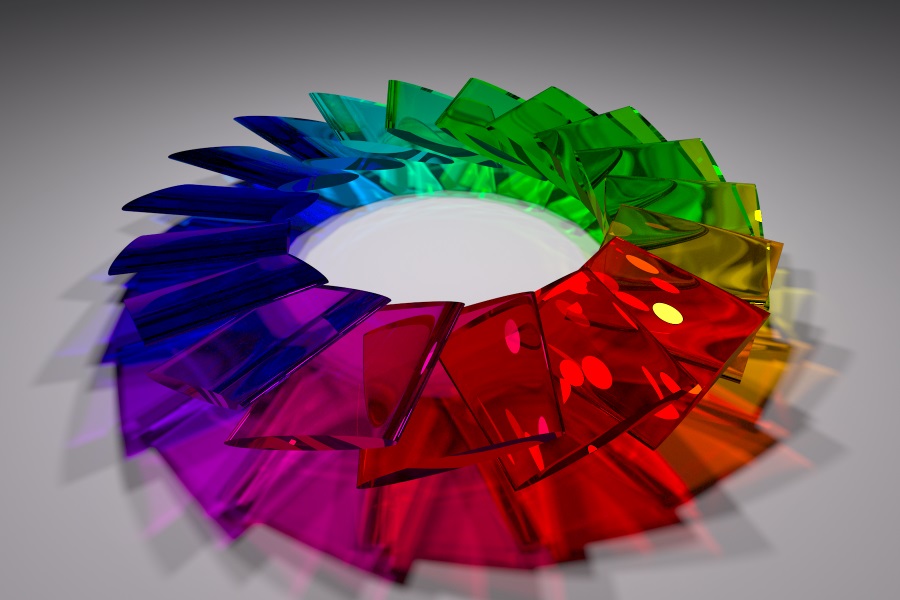